You are here: Home / Budgeting / Saving with Homemade Laundry Detergent

I just love my homemade laundry detergent! Even my husband does – who was extremely skeptical at first. If you’ve been considering making your own laundry detergent to save you money but you are worried about a family member being allergic to it, you could do what I did. I saved a small portion of my store bought laundry detergent so I could rewash clothes if someone turned up allergic to the homemade stuff. I only saved enough to do two loads and to be honest I still haven’t used up that store bought stuff.
The recipe for this detergent is not my own. It can be found all over Google and it’s probably the same one that your grandmother or great-grandmother used as this stuff has been around for a while! I prefer the powdered version of this detergent because to be honest, I’m too lazy to do the extra step require to make it liquid.

1 (4 lb) box of Borax
1 (4 lb) box of Super Washing Soda
1 (4 lb) box of Baking Soda
3 Shredded bars of Dr. Bronner, Kirk’s Castile, Fels Naptha, Zote, or Ivory soap {You can really use any bar soap you like just make sure the weight is the same. I mixed Irish Springs and Fels Naptha together}
Mix in a large container and cover with an airtight lid.
Directions for use: Add two heaping tablespoons to each load of laundry. You will need less with an HE washer. **Read your HE washer’s manual to be sure you are using powder detergent correctly.
This picture was taken on February 28th after using the detergent for a week: 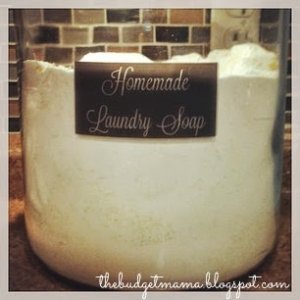 This picture was taken today {May 28th}: 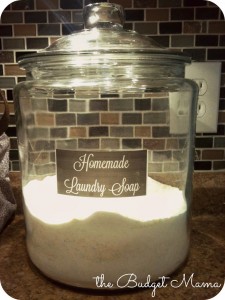 As you can see, I still have plenty left after 3 months of use. I do a load of laundry on average every day. Some days there are more loads but I average one load a day. If the visual doesn’t prove how much you could save by making your own detergent here’s the math:
All the supplies needed to make this batch cost me $15 at my local Walmart. I was averaging purchasing a new bottle of detergent every two weeks and in 3 months I would have spent $30 on laundry detergent. Not only have I saved $15 so far but I’ve still got a LOT of detergent left to use! 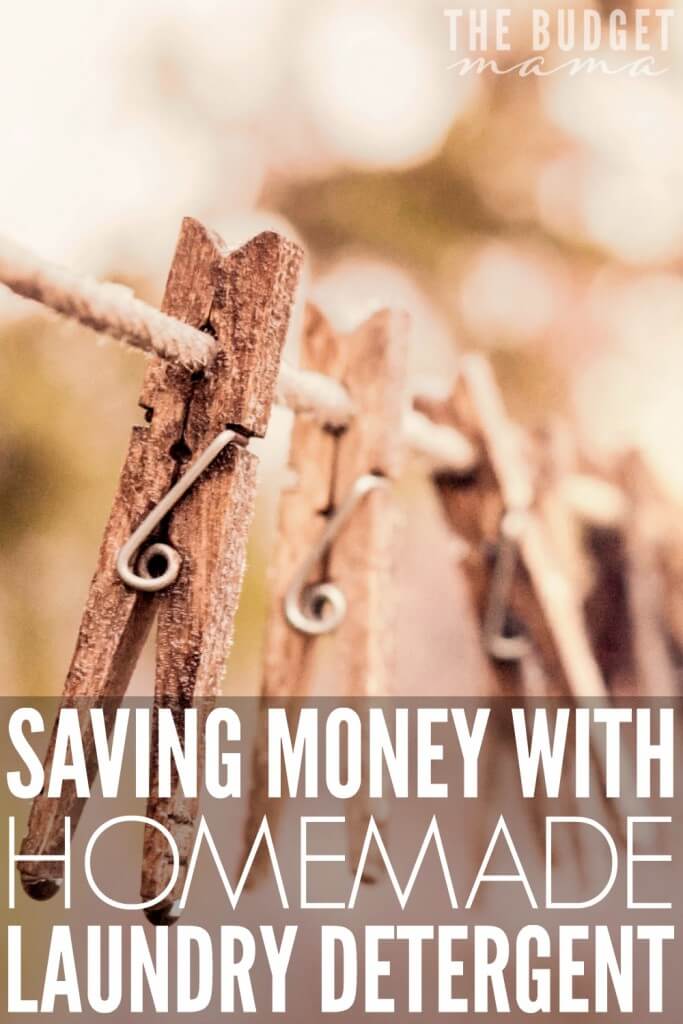