You are here: Home / 31 Days of Real Life on a Budget / 3 Steps to Setting Financial Goals 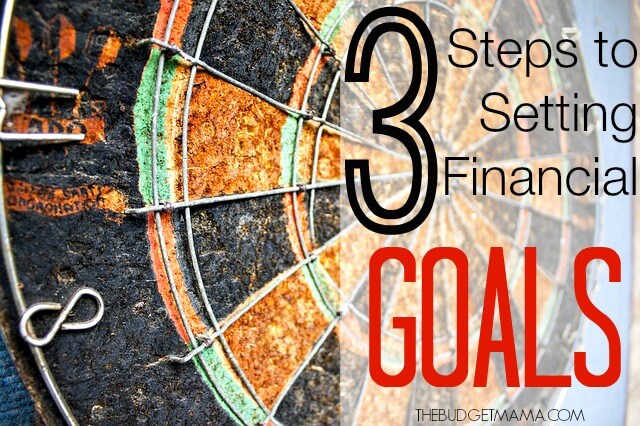 Are goals important when it comes to personal finance? Yes. Why? Because without goals, you are just wasting money and letting money control you instead of you controlling your money.

I am sure if you have ever read a time management book, you have probably read the story about the professor and the jar of rocks. In case you have no idea what story I am referring to, I will paraphrase it for you,

A professor held up a jar of rocks in front of his class. He asked them, is this jar full? They all agreed that it was in fact full. Then he took a bag of small pebbles and poured it into the jar. The pebbles filled in the space around the jar and he asked, now is it full? Everyone again said yes. He then took a bag of sand and poured it into the jar. The sand filtered through the rocks and pebbles until all the space was filled. What about now, he asked, do you think it is full? For the third time the class said yes. Finally, he took a pitcher of water, poured the water into the jar until it was all the way to the brim, and began spilling over the top. Now, he said, we can say the jar is really full. He then asked his class an important question: Do you think, he said, if I had started with the water, then the sand, and then the pebbles, there would still be room for the rocks?

What does the story with the rocks have to do with personal finance goals? Everything. The moral of this story is that if you take care of the big stuff first, you will have more time for the smaller (albeit more important stuff) later. Thus, if you take care of the big financial goals first like, emergency savings, paying off debt, or saving for retirement, there will be more money and time for the enjoyable stuff like vacations.

Need help figuring out how to set realistic goals? Have no fear, I’ll break it down for you in three easy-to-follow steps:

You have to know what is important to you and your family. Is it paying off credit card debt? Saving for a house? Building up a fully funded emergency fund? Whatever is important in this season of life is where you need to start. Write down what your number one priority is for your finances. Writing it down and posting it where you and your family can see it is essential to making the goal happen.

Now, you may be asking “we want to pay off debt, save an emergency fund, and save for house, where do we start?”. Pick only one goal to work on at a time – remember the jar of rocks story? Picking one at a time will help you realize your other goals. If you do not have an emergency fund saved up, start there and then move on to paying off debt or saving for retirement.

“You must have long term goals to keep you from being frustrated by short term failures.” – Charles C. Noble

Give yourself specific deadlines to complete your goals, for instance, my hubs and I set a pretty ambitious goal of paying off my student loans by December 2015. Is it a possibility that it may not happen? Absolutely, but the point is that by giving us a deadline, we are more amped to try and make that deadline. This is what is considered a long-term goal, something that is in the future but not necessary twenty-years from now.

Next to where you wrote your number one financial priority, write down a deadline to try to beat. Be realistic enough to know that it may take a year or more to meet. For example, realistically we will not realize our goal of paying off my student loans by this December (2014). There is no way that would be possible, unless of course, we won the lottery, but December 2015 is very possible if we hustle. Make sure your deadline is realistic.

Once again, if you have read a time management book before, you know all about Mark Twain’s quote of eating a frog, “if you eat a live frog for breakfast, chances are that will be the worst thing you have to do all day.” Mr. Twain’s point is that if you tackle the hardest, least enjoyable task first thing in the morning, and do not accomplish much else during the day, you will still have accomplished a lot.

In terms of your financial goals, make it a point to do what you least like doing first thing in the morning, such as making sure that 2% is contributed towards your emergency fund or that you have submitted your more than the principal payment to your car loan. Whatever it may be that you need to accomplish today in order to realize your long-term goal in the future, get-it-done now, do not wait for tomorrow.

What are your financial goals? Are you close to realizing some? 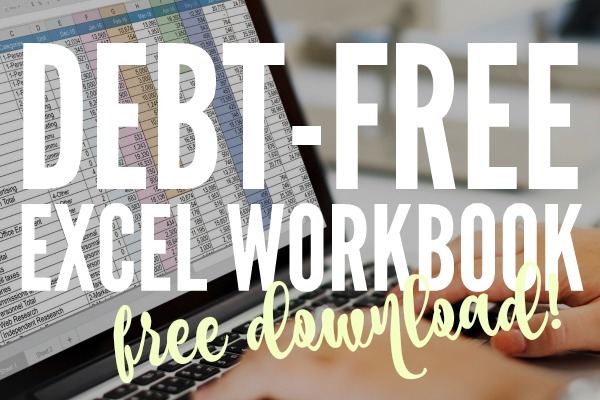 Enter your email address below and I'll email you the Excel template that we used to get out of debt!

Yay! Now, check your email - the Excel file is on its way! - Jessi