You are here: Home / 21 Days to a Better Budget / My Walk Through Financial Hell 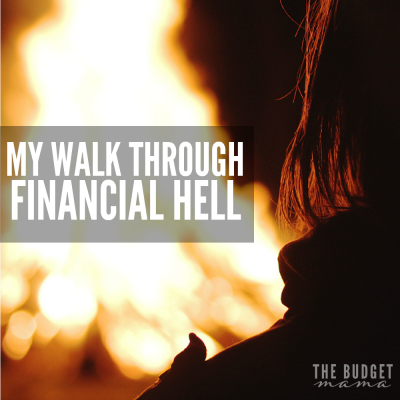 This post is part of our 21 Days to a Better Budget Series! To view all the posts in our series, please click here.

I’ve mentioned it many times before on here…..my epic battle with financial hell. But, I’ve never really talked about it. About the endless wondering through the darkness and negativity that encompasses the very bottom of the trenches.

Financial hell sucks. No, it’s hell. Like a real hell on earth. It’s painful in a way that I can’t really describe because unless you’ve lived it, you have no idea how bad it really can get.

But of course “bad” is determined by your own individual situation. My version of “bad” is probably different than yours but that doesn’t make mine better or worse than the struggles you’ve been through because we’ve walked through the same hell fire even if it looked slightly different.

So what exactly did my version of financial hell look like at the ripe ol’age of 21? 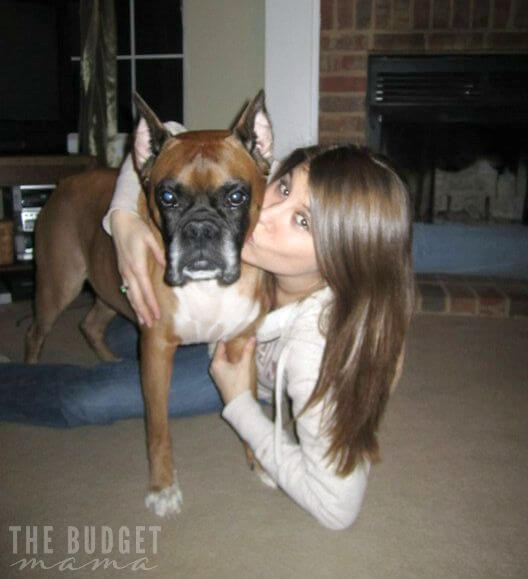 It found me sobbing into my 80 pound Boxer’s fur (my beloved Bruno) on my couch that I was struggling to pay for with an interest rate of over 46% (yes, you read that right and no, that’s not illegal when you’re a silly girl and don’t actually read those “terms and conditions” you sign…lesson learned).

I was facing eviction.

I was driving around in a brand new sports car.

I had a wardrobe most girls would die for.

I had an assortment of Coach purses that were all purchased with store credit cards.

I lived in a luxury two-bedroom apartment that was way beyond my pay grade.

I was an administrative assistant making a yearly salary of $18,500.

I couldn’t afford to pay for groceries or the gas in my car without using credit.

I had no cash.

There was way more month than money.

I was living paycheck to four days before paycheck.

That night, crying into Bruno’s fur was the night I felt the entire weight of my stupid financial decisions crashing down on me. I felt like I had no way out. I felt like I couldn’t breathe and I felt broke and hopeless.

But really, what was sobbing hysterically into my dog’s fur going to solve? I could continue blame everyone around me for what was happening to me or I could stand up and fight.

The truth is, I wanted to stay on that couch and pretend the reality of my situation wasn’t real, but honestly, that was only going to make matters worse. I had to accept responsibility for my actions. I had to stop blaming everyone else and put on my big girl panties and actually act like the adult I believed I was.

So, I wiped my face. Sat at my dining room table (that wasn’t paid for…heck, I didn’t “own” a stich of furniture that didn’t have a balance attached to it) and made my very first budget without my mama’s help.

My mom forced my brother and me to learn how to budget when we were younger. She forced us to learn all these silly things like “living below your means” and “how to make sure you have enough money to buy groceries”, but I was young and dumb and only went with it so she wouldn’t take away my car keys.

Teenagers. Geez, I wish I could slap that girl I used to be sometimes.

So, I was left on my own to own up to my mistakes and to change my situation.

That night, I stayed up late making my budget, slamming my head down when I realized just how in the red I was, and then ransacking my apartment to gather up everything I could to sell in order to start throwing money back into my budget.

It was a long night, but one I’ll never forget. Taking ownership of what I had done was the hardest step into adulthood I’ve ever had to make. I hated it. I cussed out loud about it. But it forever changed me.

My story isn’t uncommon. There are many others out there struggling financially and most don’t have to be. Sure, was there another party “technically” at fault for my failure with money? Yes there was, but my ex-boyfriend didn’t hold a gun to my head to force me to swipe my credit cards like they were going out style.

I did that. Sure, I may have been purchasing something that he wanted and was going to “pay me back” for, but ultimately, I was the one signing my name and thus taking ownership of the financial hell that was waiting for me.

I could have played the blame game all day long and I did for a very long time, but that wasn’t going to solve my problems. I had to take ownership and I had to take action. That was the only way that I was able to get out of financial hell.

I want to encourage you that if you’re currently in the fires of financial hell, there is a way out. It ain’t easy, but you can get out. Your strategy will more than likely look different than mine but accepting ownership of your money issues is the first step to making it out.

What piece of encouragement can you offer someone going to through financial struggles right now? 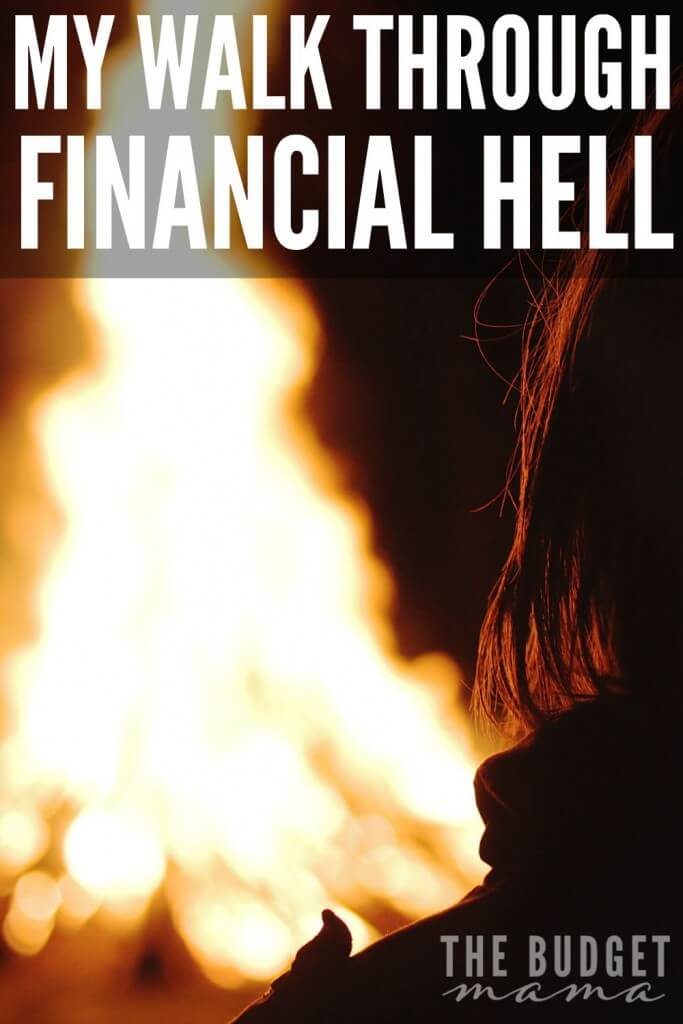