Is the Georgia Aquarium Worth the Expense? - Jessi Fearon ↑

You are here: Home / Family / Is the Georgia Aquarium Worth the Expense? 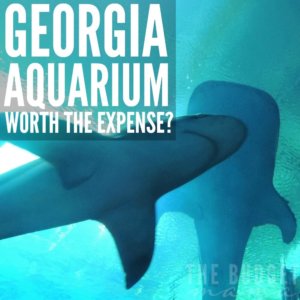 10 years ago, the Georgia Aquarium opened its doors and being that I had never been to an aquarium before, my husband took me there on one of our many dates when we were dating and I fell in love. 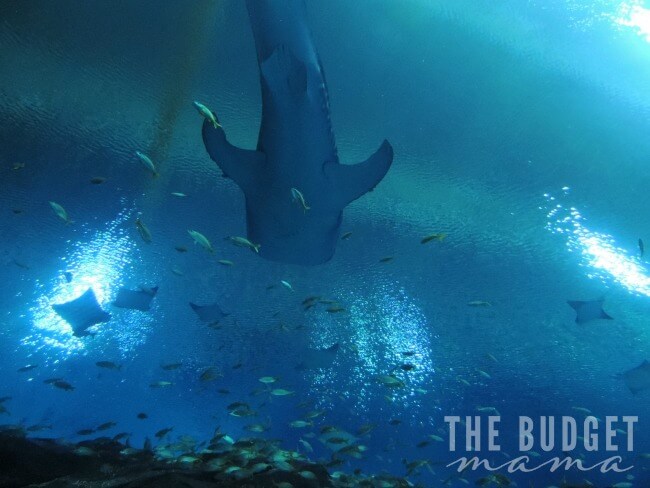 Only, I didn’t know that I could fall in love even more once we had kids to bring along with us. The events and attractions at the Aquarium are incredible.

The AT&T Dolphin Celebration was hands down our favorite. We enjoyed getting soaked by the splashing dolphins and getting to see them up close. 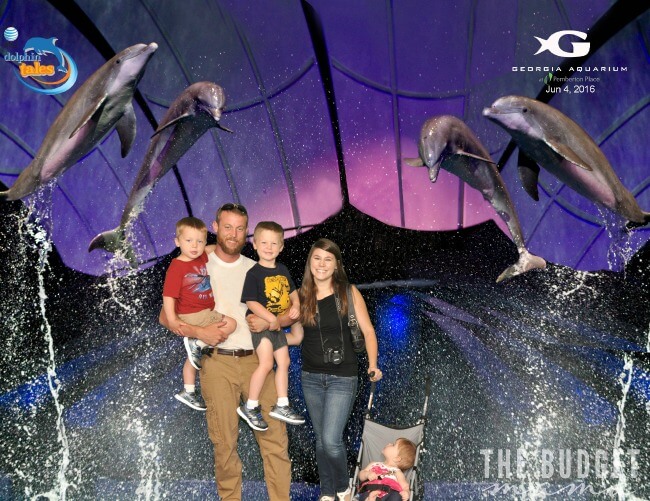 We were sad that we had to miss the sea lions’ show, Under the Boardwalk and the new 4D Funbelievable Theater – our two year old was beyond d-o-n-e with it after being at the Aquarium for 5 hours.

We also missed the new kids Aquanaut Adventure: A Discovery Zone because the Aquarium had gotten too crowded and both my husband and I (and our two-year old) don’t do well in massive crowds of lost and confused people.

But…we had an absolute blast! 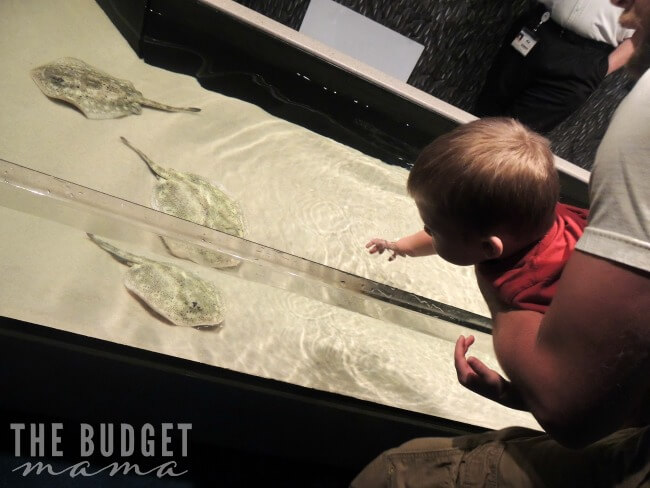 Getting to watch the wonder and amazement in your children’s eyes is such a blessing. And since my boys are all avid fishermen they particularly enjoyed the River Scout area where they got to see many of the fish that they attempt to catch in the river up close and personal. 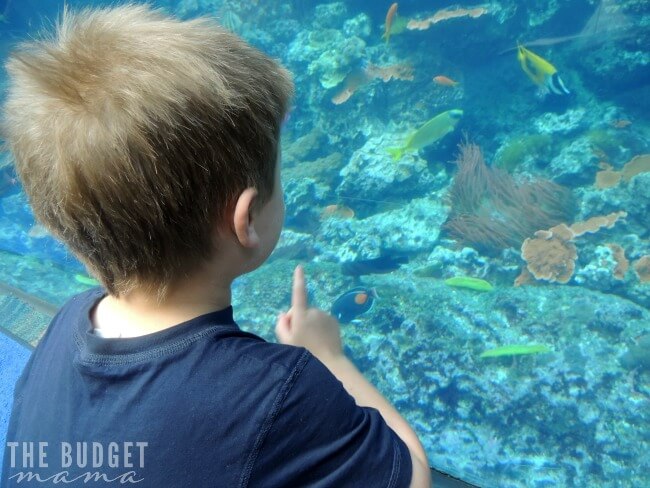 My favorite will always be the Ocean Voyager. I always wanted to be a Marine Biologist but after a terrible deep sea fishing trip when I was younger I was too frightened to want to play out at sea again, but the love of the ocean still remains deep within my soul. 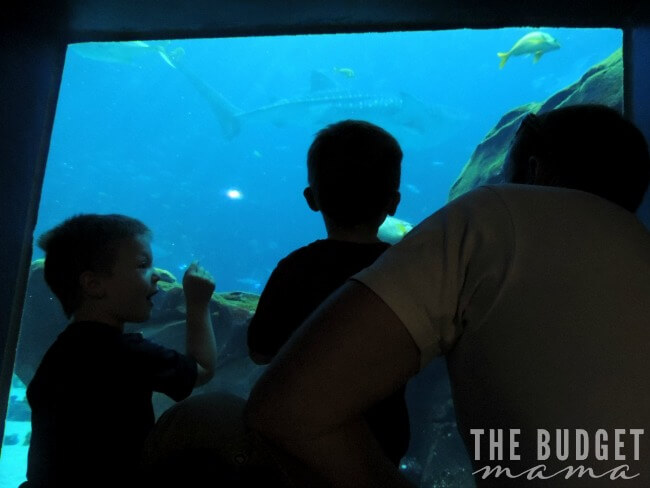 We also really enjoyed getting to see the penguins up close and personal as they so cutely waddled down the ramp in the main area of the aquarium during the Waddle Walk. 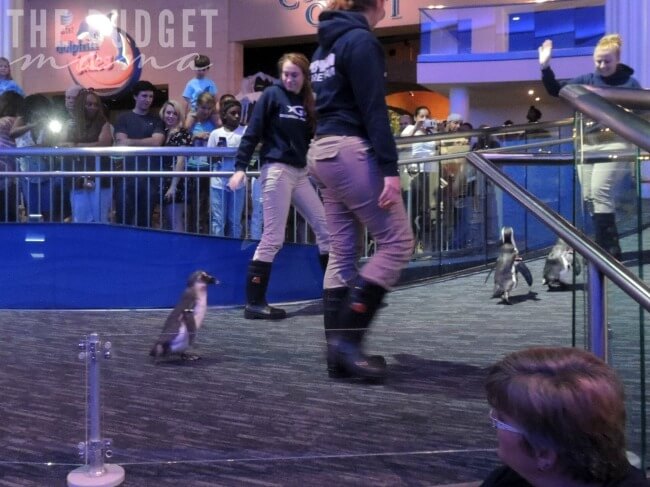 Truthfully, all I could think in my head was, “smile and wave boys, smile and wave” from the movie Madagascar (one of my favorites!). Seriously though, they were so stinking adorable and one was really fond of Charlotte’s toes…I mean who wouldn’t want to nibble on those sweet tootsies?! 🙂 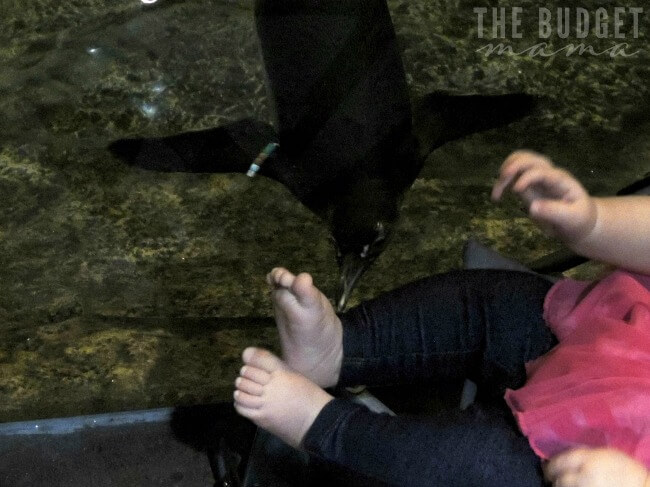 Okay so really this is just a long post to tell you that if you are looking for something awesome and fun to do while in Atlanta, go to the aquarium. You won’t be disappointed. Oh and if you want to have fun with your kids at home, you can actually watch the aquarium’s web cams and see the animals while the aquarium is open. It’s a fun little way to get your kids excited to go see all the big fishes!

(Can you tell in the picture that the 2-year old was done… Mr. Grumpy Pants. ) 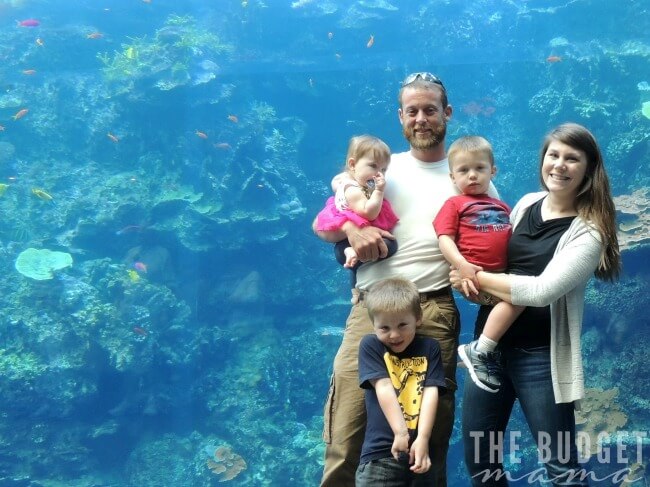 Affording a fun family outing like this is as simple as setting a goal, and setting aside a certain amount every paycheck towards that goal. In this case, my estimates were that we’d spend around $200 – included in the estimate was tickets, parking, food, and anything miscellaneous like the photo from the aquarium. We came in under budget at $180 but the great part is that we had the cash to pay for the visit just by setting aside $20 from a few paychecks.

But, if you’re looking for a way to make going on fun family outings without having to come out of the budget, you can use sites like Swagbucks to earn points towards gift cards and cash (via PayPal). But I do caution you that it takes a while to earn enough on Swagbucks to cash out. How I look at it is, if I can spend mindless time on Facebook, I can spend that same time “watching” a lame 20-second video and earning a few points. It adds up in the end. 🙂 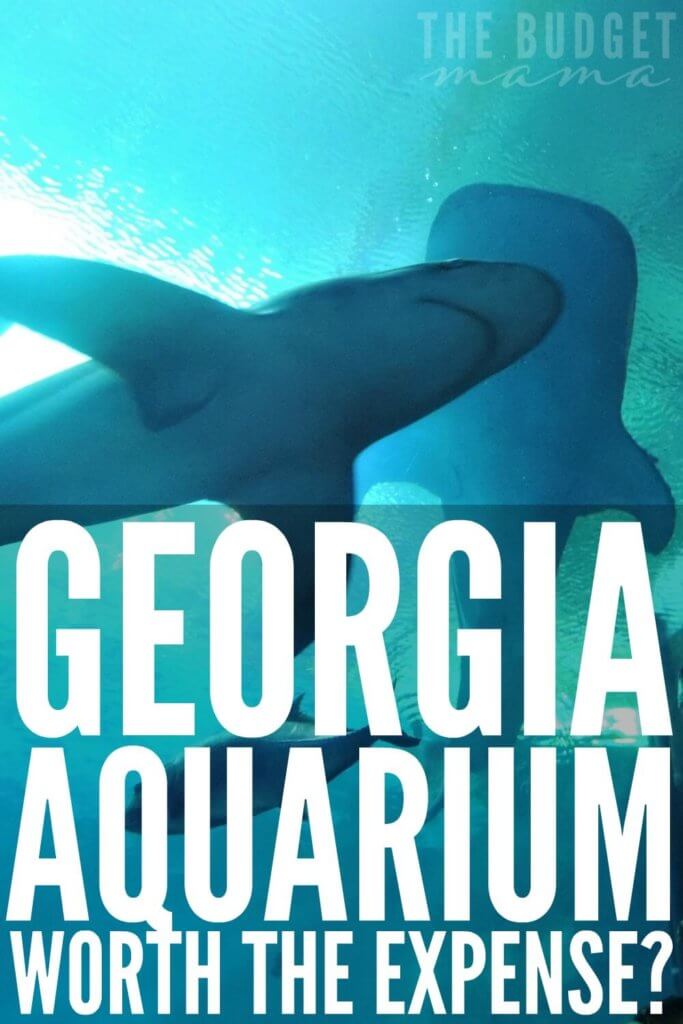