Refinancing your student loans - should you do it? - Jessi Fearon ↑

You are here: Home / Budgeting / Refinancing your student loans – should you do it? 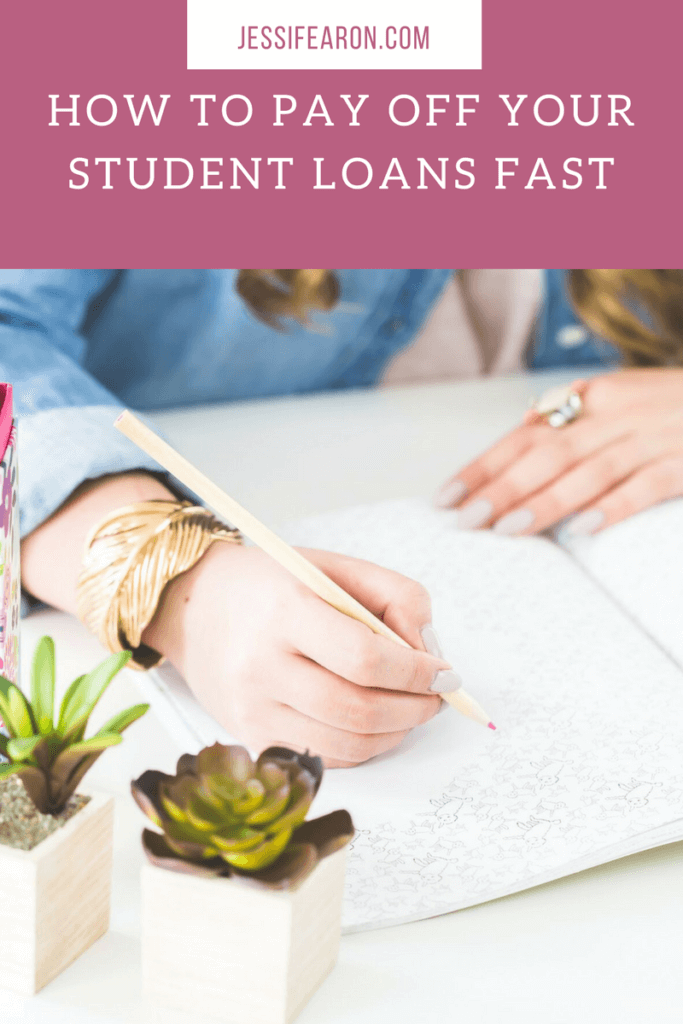 Okay so we’re going to talk about something that I don’t normally talk about here…taking out a loan. Gulp. Yeah, I know I’m the crazy “never take out debt of any kind” lady, but we are going there today. Why? Because I do believe in certain situations, it is okay to take out debt…now, before you go thinking I’m a hypocrite, let me explain. I’m not talking about taking on more debt, I’m talking about refinancing your student loans.

And let me be upfront about this – I did not refinance my student loans. My student loans were right at $30,000 when I graduated, but most folks when they graduate from a 4-year, highly ranked university, it’s wayyyyyyyy more than that. So I consider myself lucky that I had earned a grant that covered a year and a half of my tuition.

And since there’s a chance that you may be one of the folks looking at tens of thousands of student loans that you have to repay, I wanted to share with you the possibility of student loan refinancing so you can decide if it’s the right avenue for you.

What is Student Loan Refinancing?

It’s exactly what it suggests – you refinance your student loans at a typically lower interest rate than what you took your loans out for. This is NOT the same as consolidating your loans. Many student loan companies offer consolidation – this isn’t the same as refinancing.

Typically with consolidation, you’re paying the same interest rate, but for a longer term. They take all your student loans, put them under one loan for a longer term (typically 20 years instead of 10) which makes your payment lower. However, I don’t suggest this unless you truly need it because who the heck wants to be still paying on their student loans when their kids are in college???

No one. So make sure that you pay attention and select “refinancing” and not consolidation.

What type of interest rate should I go with?

I also suggest going for a fixed rate with everything. But I also like to play things safe so you may want to do your own research on which one is better for you. With a fixed rate you know exactly how much interest you’ll pay and in my opinion that makes calculating your debt payoff plan so much easier.

How many years should I refinance?

This one is totally up to you, but I would personally go for something shorter than the standard 10 years. The thing is, 10 years is a long time to be paying on a debt for. Especially if you haven’t yet landed that six-figure job, which let’s get real, most of us graduate college earning way less than we expected.

I would suggest a 5 or 7 year term for your loans and then create your debt payoff plan of attack so you can knock those loans out even faster! It’s totally possible – we paid my loans off in 2 1/2 years as a one-income growing family of five! It’ll just take sacrifice and a whole of a lot of planning to make it a reality!

Should I do it?

Again, totally up to you if you should refinance or not, but I would definitely suggest you look into student loan refinancing if you’re already struggling to pay the minimum payment on your loans. The thing is you aren’t going to be able to make a dent in your loans if you can’t afford the minimum payment every month – you’ll just get behind on everything else.

Now, if you do decide to go with student loan refinancing, DO NOT let yourself off the hook!

What I mean is, this is still a debt and a debt that needs to be killed off as soon as possible. Don’t think that just because your minimum payment is lower now and that you can actually breathe every month with your money that you shouldn’t aggressively try to kill off this debt. You should still make a plan of attack and work as hard as you can to kill off this debt as fast as possible.

Alright, so have you ever refinanced your student loans? If so, do you have any advice to offer to anyone looking to do the same?