3 things to do when life is messy - Jessi Fearon ↑

You are here: Home / Family / 3 things to do when life is messy 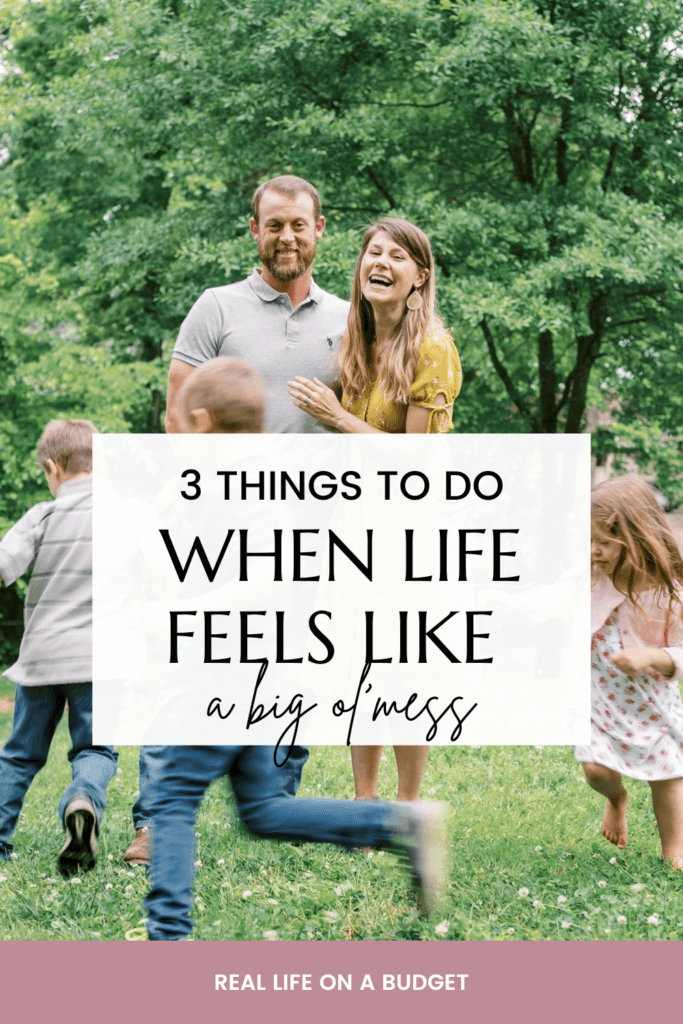 We just got back from vacation, and I’m a straight-up hot mess right now. Maybe you can relate to how life just feels crazy and out of control when you’ve been “go-go-go” for too long. I mean, I haven’t really been home for the last two weeks – between FinCon and going on vacation, I’ve been living out of a suitcase.

I’m playing catch-up and trying to keep my head above water. I completely fumbled and forgot to hit skip on a Subscribe and Save order on Amazon for our dog’s food that we honestly don’t need yet. 🤦‍♀️ So now I’m updating and redoing the budget again for this week.
Life is messy. Life isn’t something we can tuck away into a pretty little box that we wrap up neat and tidy with a sparkly bow (even though I sometimes wish I could!). And that’s both what makes living so beautiful but also so hard.
So if you’re caught up in this messy season, I wanted to offer up the few things that I do to try to help regain even just a small amount of order in the chaos.

Do One Small Thing Right Now

Here’s the thing. You do not have to do it all to make progress. You just need to do one small thing right now. What is the most critical thing that has to be done? Do you need to wash uniforms for work or school tomorrow? Go do that right now. Have you put off making that doctor or dentist appointment that you know you need to? Do it right now. What about the car? Are you do for an oil change but keep putting it off? Stop reading and get in the car and go do it now.
Why? Because sometimes our greatest movements is in doing the small stuff, most important stuff. We just need to do it before we completely lose motivation. This is why I want you to pick the one thing that is most critical to making this day/week/month/year run a little more smoothly and do it right away. Don’t delay.

If you have a pretty good routine down pack and then life jumps up, smacks you in the face, and distorts that perfectly made routine, don’t lose it! Adjust it as needed but do your best to pick it up again. You don’t have to pick up the whole routine but adjusting the routine is better than completely abandoning it. You’ll be able to regain order so much easier if you adjust the routine as needed.
For example, I’ve followed the Clean Mama cleaning routine for years. And I can tell you that when I do my best to pick it back up again after a messy moment or season, it helps me feel so much more in control over my life. Depending on the messy season I may not be able to do the full Clean Mama routine but I can adjust it and do what I can. Those small tweaks allow me to still have a somewhat decent house even when life is hard.

I don’t know what your messy season looks like. I don’t know what brought on this season. Maybe you’ve lost a loved one. Maybe a natural disaster has forced you to evacuate your home. Or maybe you’re just a mom to a newborn, toddler, and preteen all at the same time and you feel like a crazy person. We all go through messy seasons. Some are harder than others but I believe that we must learn to ride the wave. When the messy season hits – whether it’s brought on my grief and heartache or sleepless nights, we must learn to ride that wave.
My daddy died seven years ago but the grief still hits me from time to time. So I’ve learned that I must embrace that wave of grief and allow it to wash over me instead of trying to fight my way through it. The more I would fight the wave the harder that season became. But when I the wave and messy season the easier it becomes to recover. Learn to ride the wave my dear friend.
Maybe you’re caught up in a season like this? Where life is just a jumbled mess? You’re tired and ready to throw in the towel? I’ve been there. I’m currently here. It always seems that we have our messiest moments after some of our most beautiful moments. Maybe it’s because we need to hang on to our beautiful moments while walking through the messy parts?
I honestly don’t know, but I wanted to hopefully encourage you if you’re caught up in a messy moment (or messy season) right now. Things won’t always be this way. The laundry will get caught up. The bills will eventually get paid. Life will even out. It may take some hard work and some stumbling to get it done but it will get done so long as you keep going. Which I know it’s hard to keep going when things are messy. You just need a break and deserve a nap. However, I found that when I allow myself to stay stuck too long in the messy – not moving just sort of standing idle – it becomes harder and harder to move myself.
So, if you’re like me (and I’m preaching to myself as I’m currently looking for a house that needs every inch cleaned) and struggling through a messy season, let’s put one foot in front of the other and move just a little bit. It doesn’t have to be big sweeping movements. It can be small movements – heck, even microscopic movements! Just a little movement can carry great momentum. 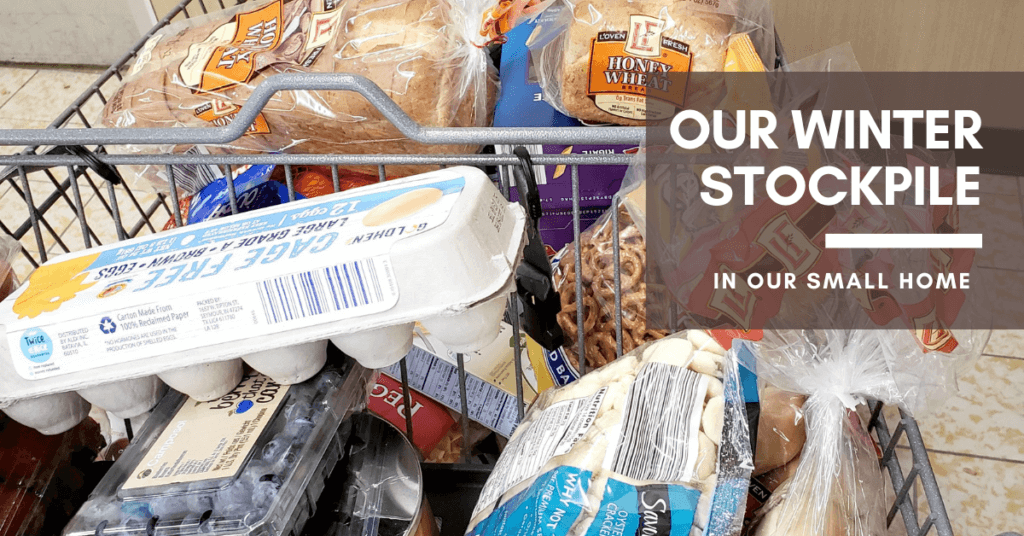 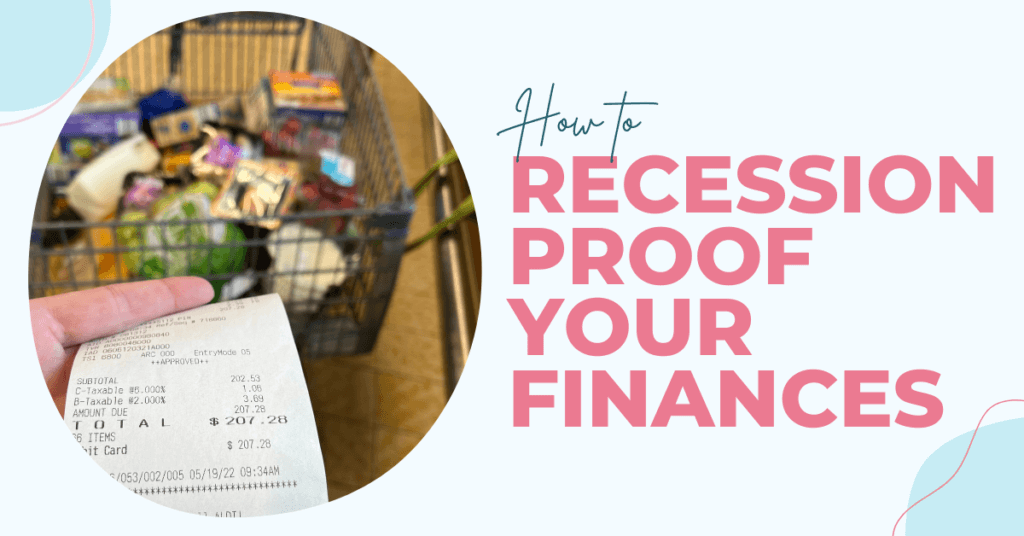 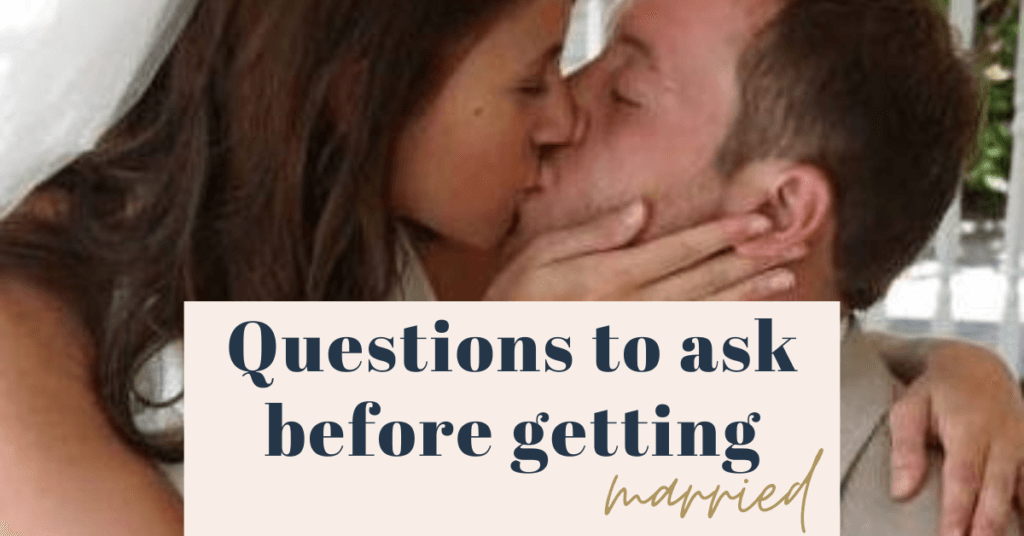