You are here: Home / 21 Days to a Better Budget / The Journey Towards Financial Freedom Ain’t Always Pretty 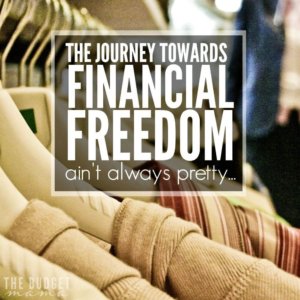 This post is part of our 21 Days to a Better Budget Series! To view all the posts in our series, please click here.

“Sacrifice comes in many different shapes and sizes – we can’t judge what others sacrifice because we think it’s silly. Chances are they will think our sacrifices are silly.”

The problem here isn’t what we give up, it’s how we judge others for the sacrifices that they are making. My How We Dumped $18,000 of Debt in One Day post, often receives a lot a criticism because I truly struggled giving up my “dream car” in order to be one step closer to debt-freedom. I’ve received comments like “I don’t think anyone should be complaining about a Sequoia” and “Wow. Your car is nicer than mine is. You shouldn’t be complaining”.

Was my “dream car” nice? Yes. In fact, we called it Mac Daddy, because it was a fully loaded Tahoe. Is my Sequoia nice? Yes. It has leather interior, a sunroof, and it runs. Is it my version of nice? No, but that’s okay because it’s just a car.

You see, getting rid of my really nice car for one that was less than desirable in my opinion wasn’t easy. Sure, some folks care nothing about the car they drive. They’d be totally content with driving around in a beater forever, but those same folks do have something that they care about that I would probably find silly.

Example, some folks favor a massive house – one with lots of bedrooms, bathrooms, high ceilings, and more gadgets than I could ever understand. That person would find it incredibly challenging to go from living in their home to living in my home – that was built in 1979, has one bathtub, and the closets are far from being considered spacious. For them, making this change would be difficult. This would be a sacrifice for them. For me, I could live in an even smaller house than the one I live in now and be totally content.

Sacrifice comes in many different shapes and sizes. There isn’t a “one size fits all” approach to this whole financial, debt-free journey. The only thing that is common among all of us on this journey is the fact that we will have to make sacrifices and they will be tough. They will be hard and we may even shed some tears over silly things like fancy cars, big houses, nice clothes, and boutique shopping.

That’s okay. Even though it’s hard, we’ll get through it and we’ll be better for it, but please, let’s not judge our brother or sister who is on this journey beside us for making different sacrifices, even if they do seem silly to us. Instead, let’s cheer one another on when we make those hard choices and offer up encouragement for the really tough sacrifices.

How can you encourage someone on the financially free journey today? 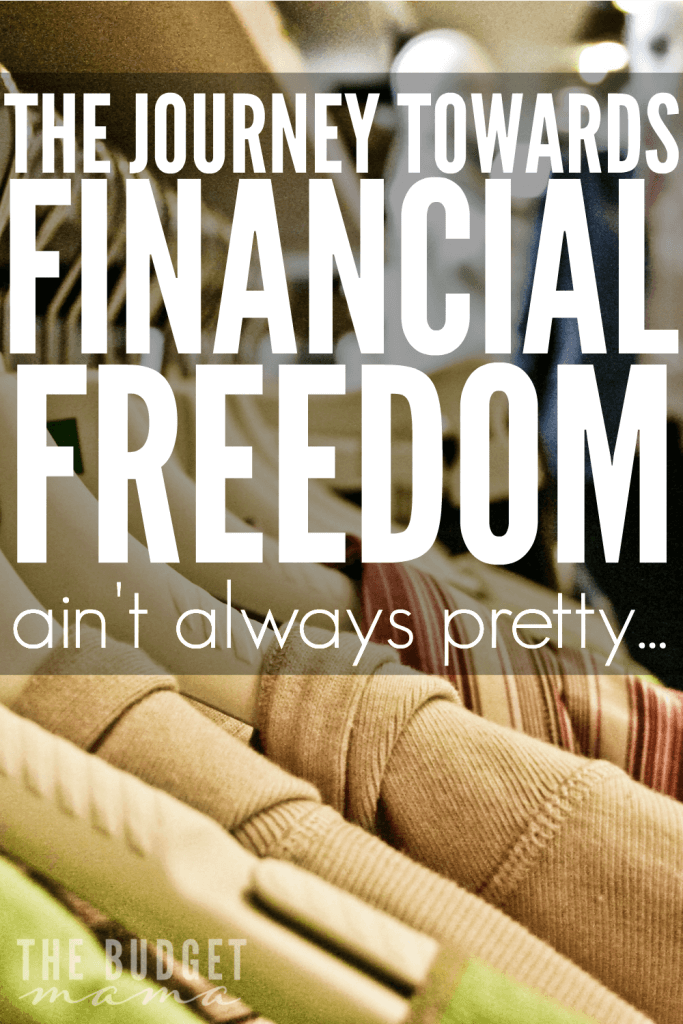