What to Do If You Are Unequally Yoked - Jessi Fearon ↑

You are here: Home / Family / What to Do If You Are Unequally Yoked 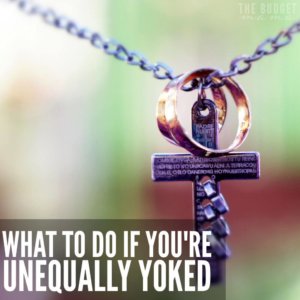 I mentioned in my Commonly Asked Questions post about how when I married my husband in our $500 wedding ceremony that he was an atheist and that I would share that story in October. Well folks, it’s October and I’m sharing that story. Because I did in fact marry an atheist, a man that refused for the longest time to believe in something greater than himself.

I’m so grateful for my friend Carlie of Managing Your Blessings for asking me to share our story during her 31 Days to a Better Marriage series. It’s an amazing series that I look forward to every year! Below is the intro to my post, but make sure you check out the full post and this incredible series this month. 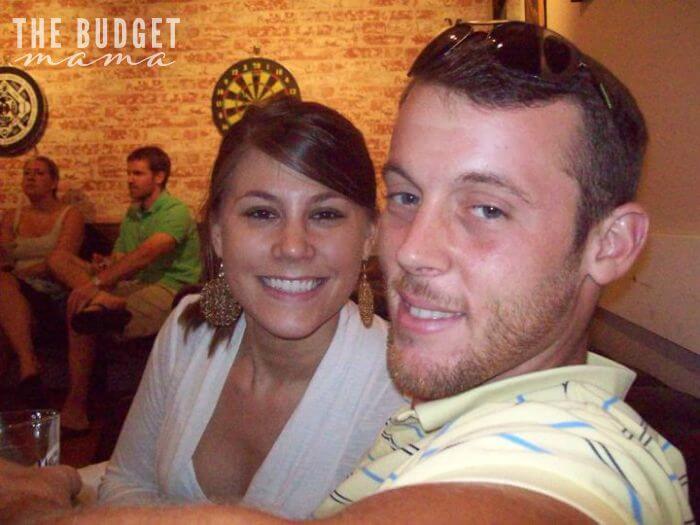 Six years ago, a devout Catholic girl married an atheist. She knew the road she was embarking on wasn’t going to be easy. She knew that there was going to be struggles when it came to raising children to be followers of Christ while her husband made statements like “you’re forcing religion upon them” and “they need to understand that Christianity is the biggest con ever”.

I know, these are terrible things to hear and they are all things that this girl knew before marrying her Prince Charming at 23 years old. She made sure that her soon-to-be Prince Charming signed a “contract” making it clear that their children would be raised Catholic and that he wouldn’t argue with her about it.

Many of this girl’s friends could not understand why she would even marry him. He was a great man, loving and caring, no one argued about that. He would do anything and everything for his Bride, but he couldn’t be convinced that Jesus was real. He wasn’t raised in a church-going home and he had no concept of why Christianity was so important.

So what was this girl to do? The only thing she could do, the thing that she had been taught since she could walk as being the only way to really find peace – pray.

“Likewise, you wives should be subordinate to your husbands so that, even if some disobey the word, they may be won over without a word by their wives’ conduct when they observe your reverent and chaste behavior”

She knew that in order for her husband to come to Christ, she wasn’t going to be able to preach the Gospel or “talk the talk”; she had to “walk the walk” herself.

Read the full post here on 31 Days to a Better Marriage. 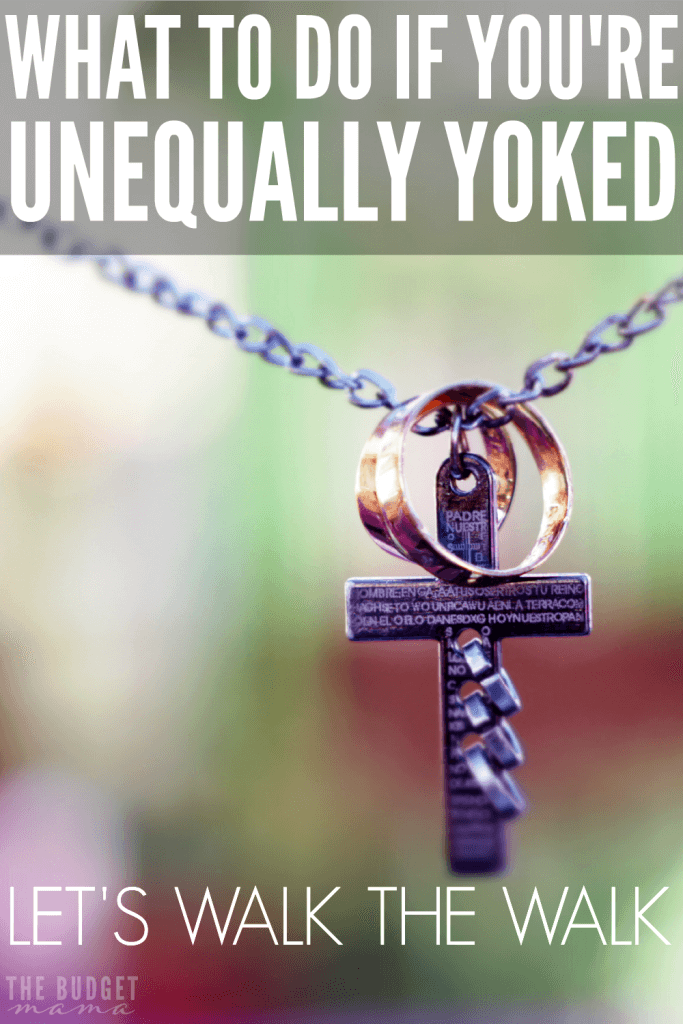