You are here: Home / Budgeting / The Notorious Money Fight: Overcoming Money Issues in Your Marriage 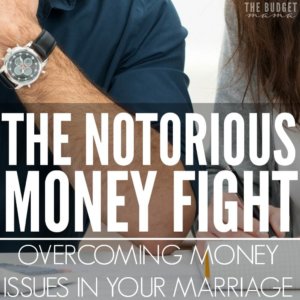 You may have saw on my social media accounts, where I posted about busting our grocery budget to purchase food specifically for giving to our Church’s food pantry. The problem with that post is that by busting our grocery budget, it caused one of the biggest money fights my husband and I have ever had. Because he was mad that I didn’t tell him about my plan to give more.

It’s true, I give a lot….not as much as I’d like to but I give as much as I can. My hubs may be the spender in our relationship but he’s the one of us that grew up poor. I didn’t grow up rich by any stretch of the imagination but I didn’t go without either.

So, he’s always uncomfortable with giving things that he thinks we should keep for ourselves…like food, clothes, and of course money. I know that may seem strange to some but I get it. After I went nearly bankrupted at 21 and had no food to feed myself with, I struggled for years to give money away. I was afraid that if I gave away my money that I would end up back in the darkness of financial hell.

But the real problem here wasn’t my giving, it was my lack of communication. I broke the cardinal rule to living a real life on a budget with someone else. My hubs had a right to be angry with me because I didn’t tell him about the extra expense, which was totally wrong. Therefore, even though I only went $10 over our grocery budget, I still failed to make sure that I had shown my husband enough respect by telling him of my plan beforehand.

And because God works in some seriously mysterious ways, it was no coincidence that the book I’m currently reading is MONEY TALKS: The Ultimate Couples’ Guide To Communicating About Money* by my amazing friends Tai and Talaat McNeely….who are seriously one of the greatest couples I’ve ever had the pleasure of meeting in real life.

In their book, they talk all about discussing financial matters with your spouse and they even retell the story of how Talaat brought into their marriage a significant amount of debt that he was trying to hide from his bride. Reading their story was just what I needed during this horrible heated fight between my husband and me, because I don’t know about you, but our fights can sometimes last hours, days and sometimes even weeks.

It was in reading their story that I was able to shed the blinders and see where I had gone wrong. Where I had broken one of my own rules to finding balance with money and marriage and truthfully, lack of communication is usually the culprit to most fights – money related or not.

So, if you’re in a place of financial woes in your marriage, I encourage you to dig deep and discover if maybe there is a communication barrier blocking your marriage from becoming better. Sometimes we don’t recognize where we are causing the issues so remember to give grace and forgiveness not just to your spouse but to yourself as well. You’re a team and together you’ll figure it all out. 🙂

What is your best piece of overcoming the notorious money fight? 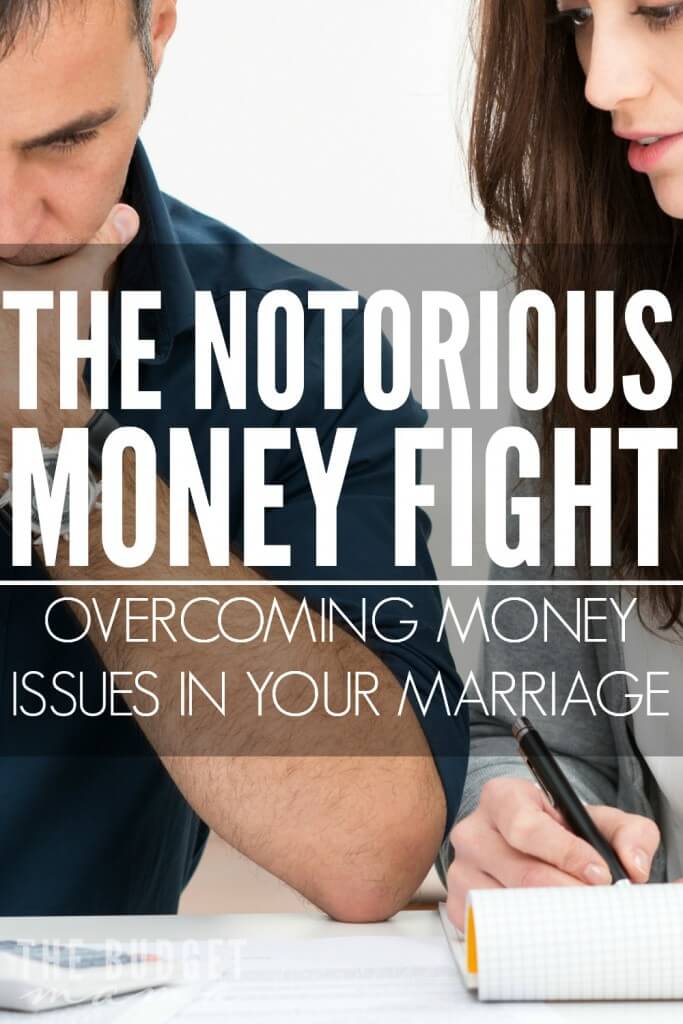